What Happened to O.J. McDuffie’s Case Against Miami Dolphin’s Doctor? 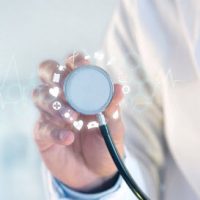 The former Dolphins wide receiver O.J. McDuffie filed a $19.9 million medical malpractice lawsuit against former Dolphin’s orthopedic surgeon in 1999 alleging that the doctor, having allowed McDuffie to return to the field, ended the star receiver’s career. McDuffie suffered an injury to his big toe during the second half of a game against the New England Patriots. The attending physician gave him a shot for the pain and then allowed him to return to the game. In 2002, McDuffie filed a suit against the doctor after the nagging injury proved impossible to play with. Sixteen years later, the jury returned with a verdict exonerating the orthopedic surgeon of any wrongdoing in the case. So what happened?

McDuffie insisted that the doctor should have taken him out of the game and referred him to a specialist but the doctor insisted that he had acted in accord with the prevailing standard of care for his field. While the injury eventually did end McDuffie’s career, the jury didn’t buy into the idea that it had anything to do with the doctor’s actions. Below, we’ll take a look at this verdict.

Failing to Act as Medical Malpractice

When a patient alleges that a doctor failed to act, it’s often a question of misdiagnosis or misdiagnosing the severity of the injury as it was in this case. The question then becomes what a reasonable doctor would have done given the same situation.

McDuffie was able to win a first lawsuit against the doctor to the tune of $11.5 million, but that verdict was tossed and a new trial was granted. In the second trial, evidence that was allowed to enter in the first was prevented from entering the record in the second. In the second trial, the jury found in favor of the defendant who maintained that he followed the standard practice for situations in his field.

Attorneys for McDuffie contend that the judge prevented the jury from seeing evidence related to the doctor’s false testimony and testimony of a lead witness who had changed his opinion from the first trial to the second. This testimony, haven been stricken from the record, proved fatal to McDuffie’s case. McDuffie rejected a settlement in the case and it’s possible that he could be responsible for attorney’s fees and costs (which would be considerable). However, McDuffie will appeal the decision and hopes that a third trial will render a favorable verdict.

If a misdiagnosis made your injuries more severe, the Tampa medical malpractice attorneys at Palmer | Lopez can help you recover damages. Talk to us today to set up a free consultation.