What Happened To The Florida Condos That Collapsed? 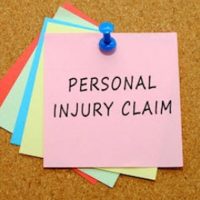 It has been nearly a month since the tragic partial collapse of the Champlain Towers South building in Surfside, Florida and a class-action lawsuit has been filed seeking at least $5 million from the owners of the tower that may have killed over 160 people. Little is known about what caused the collapse, but researchers indicated they knew that the building was sinking into the earth at a rate of 2 mm per year. While that may not seem like much, in retrospect, acting on that information could have saved a lot of lives.

The lawsuit doesn’t mention any specific allegations against the owners or construction team that built the building. However, the complaint says that through the exercise of ordinary care, the collapse could have been avoided.

At the time, the building was undergoing recertification and minor repairs and an inspection was underway. When the building collapsed, workers were working on the roof, which seems like the least of the building’s problems.

Right now, the prevailing theory is that a sinkhole is responsible for the collapse. However, the building appears to have “pancaked” which is a term used when a lower floor cannot support the weight of an upper floor.

While the fact that inspections and repairs were being performed on the building may seem like an indication that there were concerns of it potentially collapsing, in actuality, such recertification is required by the City of Miami once every 40 years. The building was due to be checked by an architect or engineer to determine its structural stability. That process was underway when the collapse happened. Ironic, perhaps, but not indicative of issues with the building.

In fact, the collapse seems to have taken everyone by surprise. The 2 mm sinking of the building was not a definitive indicator of imminent collapse.

Another theory involves the weakening of the concrete. Saltwater can get into the concrete causing the support beams to rust, expand, and weaken, damaging the concrete with it and causing cracks. The process is known as spalling and architects and engineers are aware that it can happen. If even one column is subjected to spalling, it could theoretically cause a domino effect that takes the entire building with it.

In light of all the information we have, the best theory for why the building pancaked the way it did was an issue with the concrete. However, until a full investigation is conducted, we won’t know the exact reason. It is also unclear what liability the building owner will have if spalling turns out to be the reason for the collapse.

Palmer | Lopez handles landlord liability lawsuits filed on behalf of injured tenants. Call today to schedule a free consultation with our Tampa personal injury attorneys and learn more about how we can help.