Why Bad Doctors Are Allowed to Continue to Practice Medicine 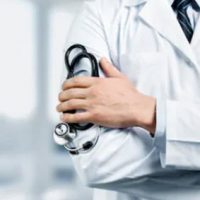 In an age where police databases hold DNA found at crime scenes that result in arrests years after the crime was committed, you would think that there would be some way for state medical boards to find information on problematic doctors. Well, there is. It’s just not being used effectively.

In some cases, you have doctors who have been convicted of sexual misconduct with patients, pediatricians charged with possession of child pornography, and doctors who have had their medical licenses revoked in one state allowed to go to another state and continue to practice medicine.

You may be surprised to learn that a national data bank exists where crimes and other incidents are tracked. In many cases, state medical boards simply fail to access the information. This allows doctors who were disciplined in one state to practice medicine with, essentially, a clean record in another.

The data bank compiles information that would be useful to hospitals and state medical boards. This includes:

Many complain that access to the database has been restricted from public use. For instance, parents aren’t allowed to know that their pediatrician was brought up on charges of possession of child pornography. This has led many to speculate on who, precisely, is using the database. The database can only be used by medical providers.

Medical providers have unique provider numbers that allow them access to the database. In addition, state medical boards can access the database as well. But whether or not your particular state actually used the database to vet doctors was a bit of a crapshoot.

A survey showed that, in some states, nearly all doctors were vetted and, in others, virtually none were. This gave problematic doctors a place to go after being disciplined in other states. The states that didn’t use the database to vet their doctors became lightning rods for doctors with criminal histories or doctors with several lawsuits.

Health care providers say that the majority of information kept in the database involves malpractice lawsuits and there is broad suspicion in the health care industry when it comes to medical malpractice verdicts.

While you may be concerned with this development, Florida was among the top states in the country that continuously queried the database for the most up-to-date information. This allows hospitals to keep an updated report of doctors who are licensed to practice in multiple states.

Talk to a Medical Malpractice Lawyer in Tampa

If you have been injured by a medical doctor, the Tampa medical malpractice attorneys at Palmer | Lopez will fight for your right to compensation. Talk to us today to set up a free consultation.