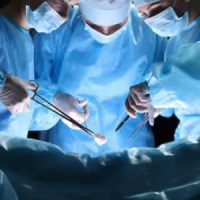 Laparoscopic surgery is a minimally-invasive procedure that uses machine-guided tools to perform complex procedures. In this case, a woman was having a mass removed from her uterus. According to the lawsuit, the surgery caused cancer cells to spread to other areas of the body greatly reducing the plaintiff’s lifespan. Her family filed a lawsuit against the doctor who performed the surgery seeking both compensatory and punitive damages.

While punitive damages are exceedingly rare in medical malpractice lawsuits, this was a known complication of laparoscopic surgery at the time of the woman’s death. As of June of 2014, the FDA has issued an advisory on proceeding with laparoscopic surgery. It recommends the use of tissue containment systems to prevent the spread of cancer cells to other areas of the body. Additionally, the surgery may not be recommended for anyone who is at increased risk of cancer. Women who undergo the procedure must be informed of the risks.

Below, we’ll take a look at the plaintiff’s arguments.

The use of fiber-optic cables allows doctors to see inside the body without actually opening a large hole in the patient. Instead, a very small hole is opened and the unwanted mass is identified using the surgical camera. Through the small incision, the unwanted mass is cut into tiny pieces and then sucked through a vacuum out of the body. The danger of this surgical technique is that some of the cells of the unwanted mass are left inside the body and may migrate to other areas of the body, possibly forming tumors there. That’s precisely what the Plaintiff alleges happened in this case. In order to avoid this complication, tissue collectors are used and women who are at an increased risk of cancer will have to undergo a traditional, non-laparoscopic procedure.

The plaintiffs contend that the doctor had previously lost another patient due to a similar complication. Additionally, the FDA released an advisory in 2014 detailing the risks of laparoscopic surgery on cancerous tissue. Worse, the plaintiff contends that neither the doctors nor the hospital warned the plaintiff of the risks involved with the surgery. The plaintiff maintains that the hospital used the same procedure on 37 other patients without informing them of the risks. The hospital claimed that it had taken steps to adhere to the FDA’s advisory by drafting consent forms, but these forms were not put into operation until shortly after the plaintiff’s surgery.

Punitive damages were denied in this case, but issues related to informed consent are important when analyzing medical malpractice lawsuits. If a patient doesn’t know the risks, they can’t make an informed decision. In this case, a safer alternative was available. Had the plaintiff been made aware of that, she may still be alive.