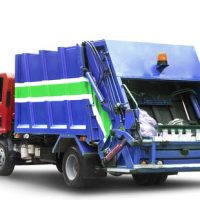 A lawsuit was recently filed against the City of Madeira Beach by a woman who was struck by a city-owned garbage truck while she was cycling. She sustained serious injuries that acutely diminished the quality of her life. As an avid bicyclist and outdoorswoman, the plaintiff used to spend much of her time doing physical exercise. That part of her life is over. Additionally, she sustained a traumatic brain injury that could reduce her intellectual capacity. She can no longer do her own laundry or go grocery shopping. She now passes the time by engaging in more sedentary activities such as reading and crocheting.

The case against the city has everything to do with the driver they employed. Other employees noted that they did not feel safe working alongside this driver who had been cited in three other incidents for carelessness in operating his vehicle. This was the last mistake he will ever make as an employee of the city.

Not only was he fired for his carelessness that day, but he was also charged with a traffic violation and forced to pay a $600 fine.

In January, the same driver hit a tree and broke a mirror. Later, he blew a tire and ran into a pole. After that, the sanitation department pulled him from driving for a week to get his head refocused on his work. Then, he nearly killed somebody.

There are two elements to this that must be discussed. The first is sovereign immunity. The State of Florida makes it difficult for private citizens to file lawsuits against the government, its employees, or any of its agents when the employee is in the course of doing work for the government. In this case, the driver was driving a garbage truck, didn’t check his blind spots, and, in so doing, changed the life of an innocent woman forever. Because a government employee is involved, there will be a $250,000 cap on her damages unless the legislature okays a larger settlement.

If, however, the garbage truck was owned by a private company, the garbage truck company would be responsible for the woman’s damages. There are two elements to this. First is vicarious liability. The company that hired and supervised a dangerous employee is responsible for any injuries they cause. However, because their supervision and hiring were negligent, they could also be held liable for punitive damages. Punitive damages can never be awarded in a case against the government.

If you’ve been injured in a traffic accident, you may be able to sue to recover damages related to your medical expenses, lost wages, and reduced quality of life. Call the Tampa personal injury attorneys at Palmer | Lopez today to schedule a free consultation and discuss your case in greater detail.