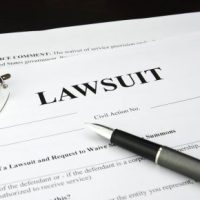 A Sarasota school teacher was out for a jog when she was struck from behind by a utility truck. She was dragged 60 feet and the truck eventually came to rest with one of its wheels on top of her. She suffered catastrophic injuries as a result of the accident and had to be placed in a medically-induced coma. Her injuries were extensive enough to end her career as a teacher.

The County Commission approved a settlement of $5.95 million but sovereign immunity caps the amount of money a victim can receive in a lawsuit against the government. The cap is generally $200,000 in Florida. Plaintiffs who have suffered life-altering injuries due to extreme acts of negligence have only one recourse to recover more. They must beg the legislature to authorize a settlement in excess of the sovereign immunity cap. The legislature then passes what is known as a claims bill and (with luck) authorizes payment for the agreed-upon settlement.

There is no doubt that the driver of the truck is 100% at fault for this accident. The truck appears to have made an illegal U-turn before striking the teacher. The truck driver never saw the teacher, and the teacher never became aware of the truck until it struck her. Even after striking the pedestrian, the truck driver apparently didn’t realize what had happened. The truck continued to drag the teacher over the pavement, ripping flesh from her body. When the truck finally came to a stop, its right wheel was on top of the teacher. It’s a miracle she survived at all. She has a complete memory of the incident and did not lose consciousness until she was placed in a medically-induced coma.

Even more miraculous, the woman was pregnant at the time of the incident and was able to give birth to a healthy baby girl. The girl had to be delivered several weeks early due to complications related to the accident.

The driver was cited for reckless driving and suspended for three months. The driver later retired and is no longer driving for the county.

The plaintiff had initially asked for $10 million in damages. However, her attorneys settled the matter for $5.95 million, likely in a bid to move the process forward. Claims bills can take years to gain the necessary authorization, but this particular plaintiff is in dire need of immediate financial support now that she can no longer work in the profession of her choosing. The county will authorize the $200,000 cap right away, but the matter will have to move through the legislature before the plaintiff can recover more.

Nonetheless, her case has garnered the needed sympathy to move forward in the legislature. There is some likelihood that the legislature will authorize payment of the full settlement, but the question is when that will happen.

If you have been involved in an accident with a commercial truck, call the Tampa personal injury attorneys at Palmer | Lopez today to schedule a free consultation and discuss your case in greater detail.