Workers’ Comp Teams Up With Plaintiff In Injury Lawsuit 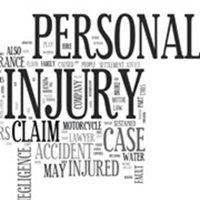 The Ohio Bureau of Workers’ Compensation has joined a plaintiff in a lawsuit against Pike Township in a matter filed by a commercial truck driver. The workers’ comp board was initially named as a defendant in the lawsuit but has since swapped sides to support the plaintiff’s claim. The lawsuit involves a Township employee who is allegedly guilty of negligence that injured the plaintiff.

Since the matter involves government agencies, statutory restrictions apply to damage awards. In most states, the cap on damages against the government is around $250,000. Nonetheless, that is significantly more than the plaintiff would be entitled to recover under workers’ compensation which is generally limited to medical expenses and a fractional portion of your lost wages.

The accident that gave rise to the dispute involves construction work done on a blind curve. The plaintiff claims that the construction crews did nothing to alert drivers ahead and when he attempted to move his vehicle as far as the right as he could, the road gave way causing his truck to topple over an embankment. He holds the Township liable for the accident and his injuries.

The Township’s trustees contend that they cannot be held individually liable for the negligence of their employee due to qualified and/or absolute immunity. So there are a number of matters in this case that need to be sorted before the plaintiff can collect his damages award.

Palmer | Lopez represents the interests of injured plaintiffs in personal injury lawsuits. Call our Tampa personal injury attorneys today to schedule a free consultation and learn more about how we can help.