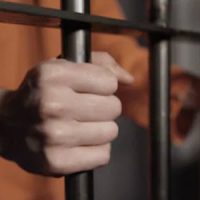 A California inmate was served notice of a wrongful death lawsuit as he awaits charges of first-degree murder and 19 related charges that will put him behind bars for the rest of his life. These charges arise from the murder of a police officer which he is alleged to have committed. In response to the incident, the county has filed a wrongful death lawsuit against the inmate to recover death benefits paid out to the family of the slain officer. While this is an unusual case, it is not without precedent.

The defendant did not bother to respond to the lawsuit in the requisite period of time meaning that a default judgment can be entered against him. The county is asking the court to enter a judgment against the defendant as of the last reported progress of this case. The defendant has pleaded guilty to another first-degree murder of a federal protective services officer. The case involving the murdered police officer is still underway.

What’s this all about?

If an officer is killed in the line of duty, the government’s workers’ compensation policy pays his family death benefits in accord with the state’s workers’ compensation laws. The insurer can then file a subrogation claim against any injury settlement a worker receives. The lien is placed on the worker’s settlement and if the worker wins their suit, the insurer can recover monies disbursed in accord with the policy. In most cases, such liens are filed against injured workers who have personal injury lawsuits pending.

Typically, lawsuits like this aren’t very effective. The inmate doesn’t have significant capital or assets and hence, cannot pay the judgment. While the inmate may not be able to discharge the judgment in bankruptcy, they can’t pay what they don’t have either.

The courts have roundabout rejected bankruptcy protections emerging from intentional torts such as murder. Hence, the defendant will have the judgment hanging over his head until the day he dies. If he somehow does manage to earn money in prison, his wages would be garnished to repay the debt. While it’s unlikely the state will receive a dime from this inmate to recover costs, the judgment will not make his life any easier.

The Tampa personal injury lawyers at Palmer | Lopez help grieving families hold negligent and malicious parties accountable for their conduct. Call today to schedule a free consultation and learn more about how we can help.