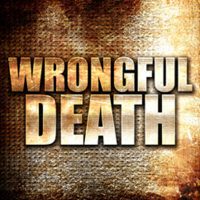 Tragically, two University of Florida freshmen recently lost their lives in traffic accidents. Maggie Paxton was killed in a hit-and-run accident in December 2020, and just over a month later, Sophia Lambert lost her life in a fatal accident not two blocks away.

On December 9th, Maggie Paxton was hit by a BMW that immediately fled the scene. The vehicle was located eventually with Maggie Paxton’s blood on it. Curiously, nobody has been charged for the hit-and-run accident. This may suggest that the police don’t know who was driving the car at the time of the accident. While this may prohibit criminal prosecution, it will not stop Ms. Paxton;s family from filing a civil lawsuit.

On January 16th, an Uber driver struck Sophia Lambert so hard that it propelled her body 30 feet through the air. The Uber driver was speeding at the time of the accident.

Of the defendants that may be named in the lawsuit, the driver of the BMW and the Uber Eats driver both have the majority of the blame. Since the Uber driver was acting in his capacity as a deliveryman for the company, Lambert’s death will be covered by Uber’s insurance policy. The Uber driver was speeding at the time of the accident, meaning that they are also individually liable for the death. While charges have not been filed in either case, recklessness was an issue in both cases. Ultimately, the drivers who caused the accidents are responsible, but Uber Eats is vicariously liable for the conduct of its drivers.

Since two accidents occurred on the same stretch, if the area is within the purview of the University’s aegis of control, the University can be sued for failing to secure a location that now has a death toll. It’s unclear if other accidents have occurred in that stretch, but it seems highly unlikely that they haven’t. If the plaintiffs can prove that the University knew the stretch was dangerous and had a remedy at hand to make it less dangerous, then the families could also sue the University for allowing a dangerous condition in an area under their control. Typically, that sort of lawsuit would be filed against a local municipality. In either case, sovereign immunity laws will apply, limiting the damages the University will be required to pay.

If you’ve been injured by a reckless driver or lost the life of a loved one, you are entitled to sue to recover damages. Call the Tampa personal injury lawyers at Palmer | Lopez today to learn more about how we can help.